Every now and then we run across a vehicle that has a concern we have seen many times before and we almost automatically try and diagnose it by memory; it?s almost like a reflex we develop over time. Of course as we all know too well, this can lead you down the wrong path if you stray away from complete testing and verification.

The subject vehicle is a 1999 Chevrolet Tahoe. It came to us on a wrecker, as the customer was not comfortable driving it to us. The concern was stated as harsh shifts and a check engine light on. The vehicle was brought into the shop and the fluid level and condition were checked. The fluid level was full but had a strong burnt odor, and was discolored. A quick scan of the computer revealed code P1870, "transmission component slipping". We now knew what was causing the check engine light and harsh upshift concern. From here I left the scan tool attached and went for a short road test to try to further verify the concern. Just as the code had indicated, the scan data showed the TCC turning on, the duty-cycle start to ramp on (eventually getting to full duty-cycle), and the TCC slip parameter still showed an abnormal level of slip.

At this point it appeared that the PCM was commanding the TCC on and the duty-cycle was increased in response to the slip that was sensed, however the RPM was not coming down as expected and the P1870 would then set. It appeared that we may have had some sort of mechanical failure of the torque converter clutch system. We do see that from time to time. This is where some more questions for the customer can help. Whenever possible, I like to try to find out the history of the vehicle I am working on, as it can lend clues to the failure. In this case, I was glad I was able to find out some good info.

This truck had had the transmission replaced not too long before it came into our shop. As we learned more from the customer, it became clear that there was a pattern present. By now you may have guessed that the previous failure also involved the P1870 code! It was time to look at this issue a little more closely.

I looked around through TSBs and found all the typical failures you see with this code. I also ran it past the guys in our technical division. They get calls from all kinds of shops and can be a great resource for information. Everything I looked at pointed to a mechanical failure, but I was starting to doubt this with the information I found out about the previous failure, and the same code being present. Could two transmissions have the same failure? Absolutely possible, but sure seemed unlikely.

I pulled up the wiring diagram and connector views for the PCM. The PCM is located on the driver?s side fender well so it is easily accessible (FIG 1). 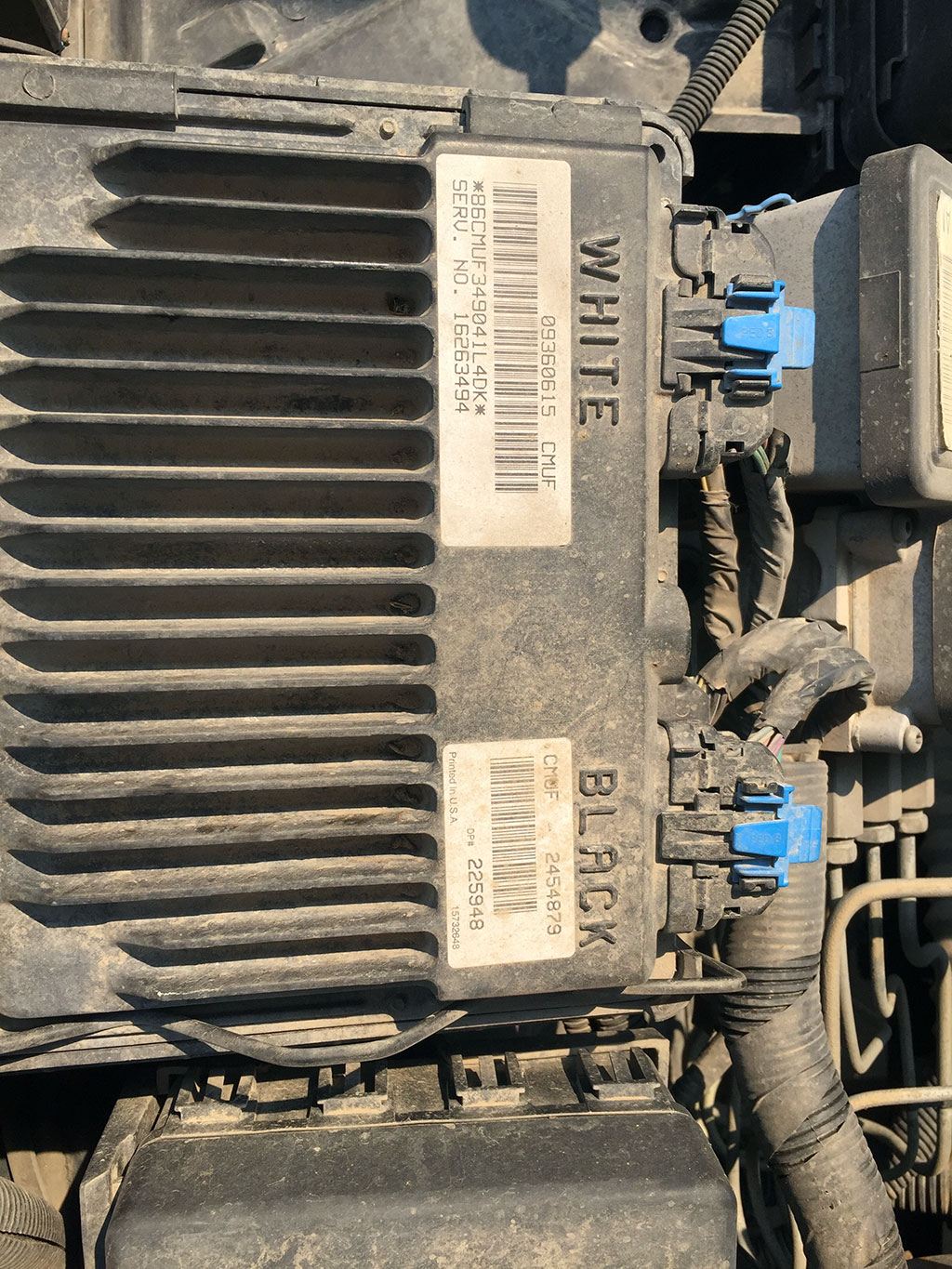 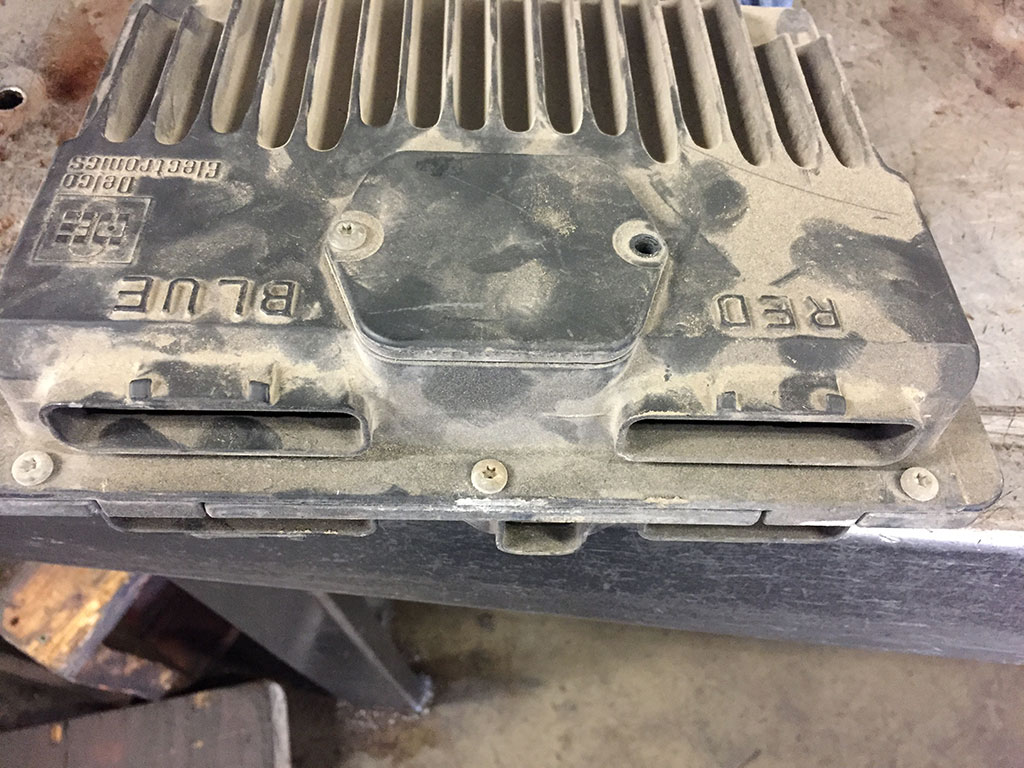 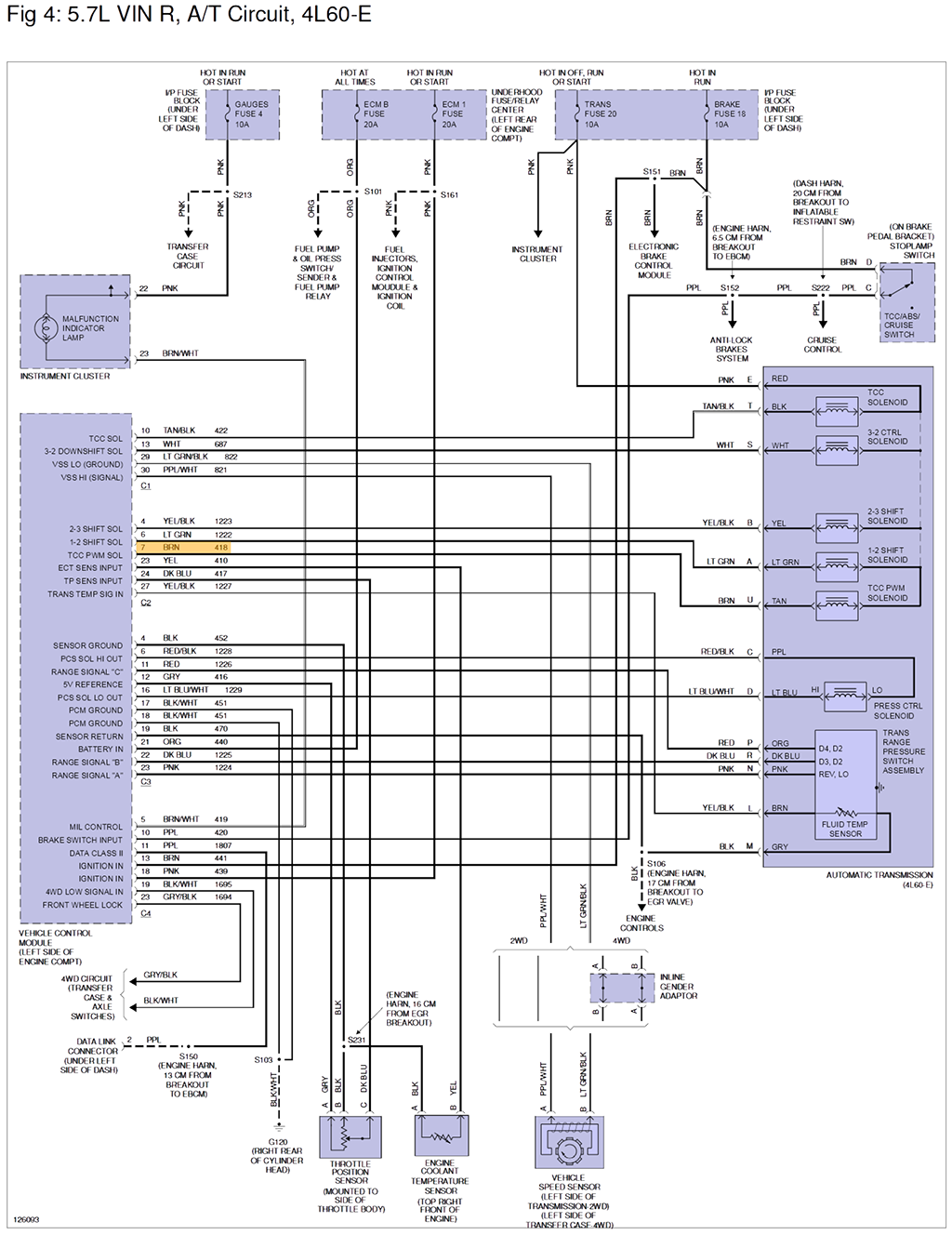 Next I ran the vehicle on the hoist while watching the TCC data. I have used this strategy before with gear ratio codes to see if they would reset on the hoist without the weight and load of the vehicle. The PCM scan data showed TCC solenoid turning on, and TCC PWM solenoid start to raise the duty-cycle to full, just like on the test drive, but my TCC slip rpm was still high. That seemed strange, no load/full duty-cycle was showing as much slip as driving with a load on it. You would think if there were an actual slip, the degree of slip would be affected by the load, or lack thereof.

What about that PWM solenoid and the signal to it? Again I went to the PCM, this time commanding the duty-cycle while monitoring it with the DMM, there was no signal present (FIG 4)! 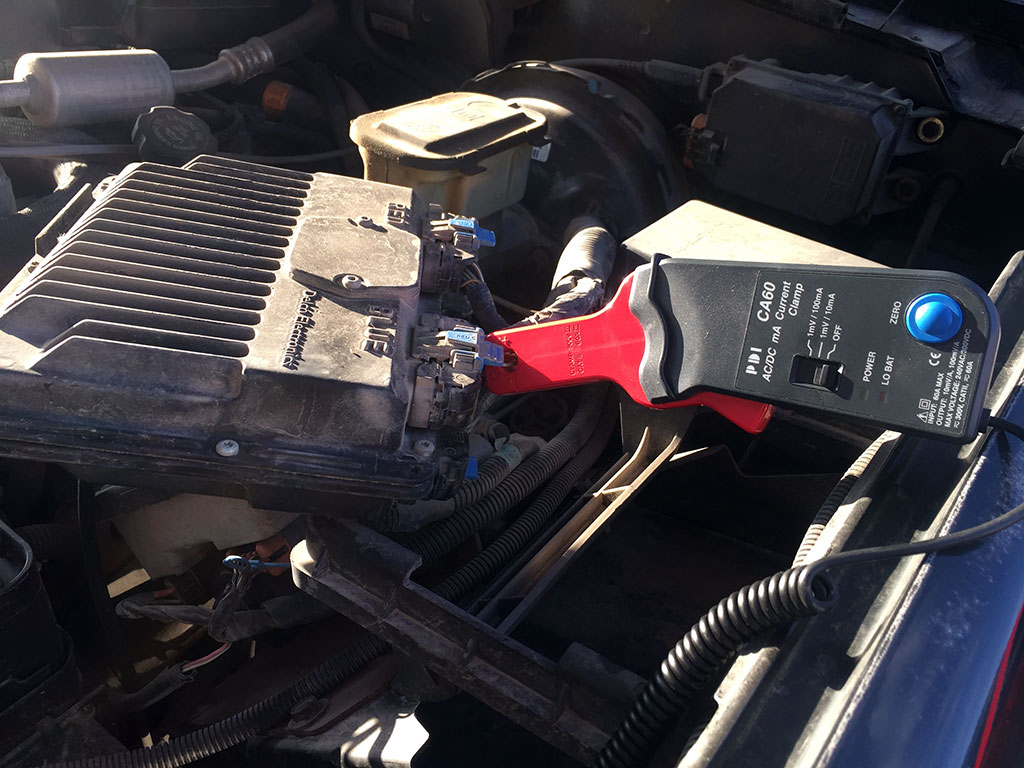 The PCM was showing scan data that made it look like everything was operating as it should be, but there was no actual signal coming from the PCM even though it showed otherwise on the data stream. It could recognize that the slip was not coming down with the duty-cycle going up, and would set the code. At this point it sure looked like we may have a failing PCM. I wanted a second opinion, so I relayed all the information to our lead tech, going over everything that had happened up to this point. He agreed that it sure sounded like the PCM had a problem so I decided to pull the trigger.

A new PCM was ordered, installed and programmed. Several test drives at highway speeds were performed, and the truck showed no TCC slip, and no codes returned. This is the first time I had run into this sort of thing causing this code and symptom, and I can see where it would be very easy to assume that the problem was inside the transmission. Given that everything on the scan tool looked good, countless other vehicles are fixed with a transmission when they act like this. I can only assume that the transmission had already been replaced for this reason once before. It?s always a good idea to verify that what the scan tool is displaying to you is actually what?s taking place. False information results in incorrect diagnosis.