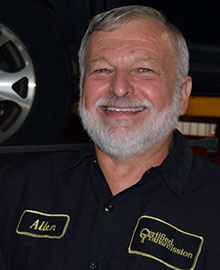 Allen grew up under the wings of his father. He worked in his father's shop starting out washing parts and cleaning. He soon was working on cars, but more specifically, transmissions. He eventually took over the business and ran it for many years. He later went to work for a Chevrolet dealership performing most of the transmission repairs. He left his native state of Ohio and joined Certified Transmission in May, 2015. He is currently our diagnostician in our Blue Springs, MO location.

A couple of months ago we had a customer come into our location with a 2006 Kia Spectra equipped with the 2.0L engine and an A4CF2 transmission. The customer's concern was that the vehicle would not shift at times. I started the evaluation by checking all the fluids, doing a visual inspection, and conducting a battery and charging system test with the Midtronics analyzer, and everything checked out good. I then moved on to connecting the scan tool to the vehicle and checking all modules for DTCs; the only one that came back was a P0748 (linear solenoid) electrical problem. There was no freeze frame data stored; it probably wouldn't have helped me with this issue, but I wanted to see if it would at least show the speed or temperature at which the code set. From the customer's description it sounded like an intermittent issue.

I then cleared the code and set up a data list to record prior to the test drive. All of our locations have Snap-On Zeus workstations, and one thing this tool does really well is record data. It records the whole time you have a data list on the screen and gives you the ability to save the snapshot for later viewing using the free ShopStream software. All values referenced in this article came from ShopStream. The software is really easy to use and can be very helpful for reviewing data, especially when you don't have a helper to drive the vehicle so you can watch the scan tool.

With the scan tool ready and loaded I went off for a drive. I had to come to a stop shortly after I started the test drive, so I looked at the graph I had on the screen for the linear solenoid and it was just a straight line at 0% (Figure 1).

The code must have set before I had the data up on the scanner because it never showed any higher than 0%. You might also notice that the vehicle never stopped shifting for this entire test drive when looking at the second and third graphs which are the ISS and VSS, respectively. I pulled over and cycled the ignition and the solenoid duty started out at 100% and quickly dropped down to zero probably in less than two seconds, but this time when I started driving again it had defaulted to third gear and would not shift (figure 2).

Next I removed the transmission connector and checked the resistance at the transmission from pin 9 to pin 10, which are the supply and control wires going to the solenoid. The circuit tested open. Now I knew the problem was inside the transmission but needed to determine whether the solenoid or wiring was at fault. It was time to remove the pan for inspection.

After the pan was off and the filter was inspected for any debris that might possibly warrant replacing the unit rather than repairing this one, I checked the solenoid itself. It tested at 3.5Ω, which is within specification. I then put 12 volts directly to the solenoid momentarily (remember the Ohm spec on this solenoid was only 3.5Ω and is duty-cycle controlled), and it seemed to operate when I did that. I checked the wiring (printed tape circuit) and both wires checked ok with good continuity. Seriously? Now I had to stop for a minute to gather my thoughts.

I decided to jump both of the solenoid wires together and check the continuity one more time and with both wires being tested at the same time, they were ok until I moved the printed circuit tape ever so slightly and then the circuit went open. Finally I had isolated the problem; the printed circuit tape must have had a break somewhere between the case connector and the solenoid itself (Figure 3). 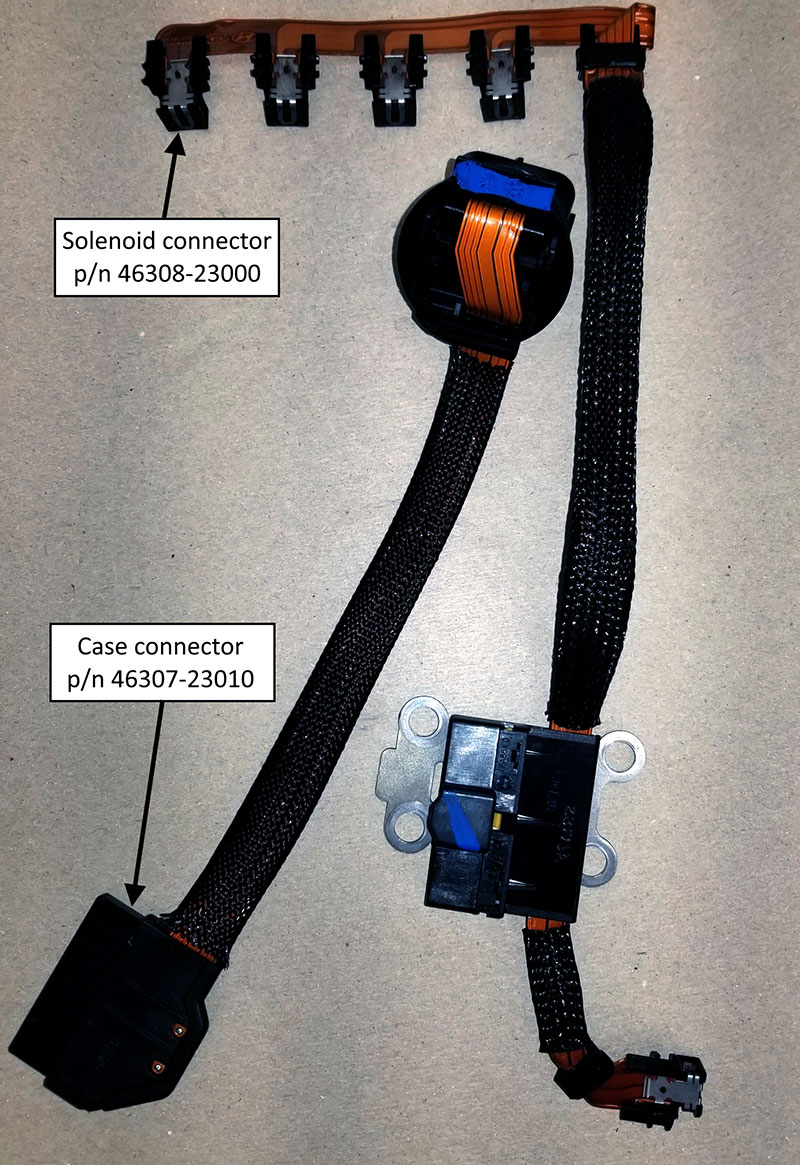 I replaced the printed circuit tape, reinstalled the pan and filled it with the appropriate fluid. A final road test confirmed that the transmission was working properly. The code did not return after several test drives. The scanner was now showing solenoid duty working from 31% to 98%, and operating as designed.

Even with thorough diagnosis, sometimes it's hard to isolate electrical faults like this when it's nearly impossible to recreate the operating dynamics during static component and circuit testing. Components and wires do move around under normal operating conditions, and therefore tapping, pulling, and wiggling these items when testing is a must. That action uncovered the fault in this case.