Most all automatic transmissions incorporate some sort of by-pass in case the cooler becomes restricted, but they are typically found inside the unit. 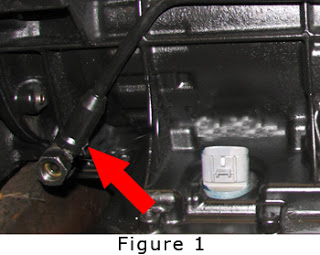 One example of an external by-pass would be on a 4R100 Fig 1. This is a mechanical by-pass that is located in the tube that bolts to the case. Another example would be a thermal mechanical by-pass, like the one shown in Fig 2 or like the one Fig 3. In the case of the 4R100 it's not a problem when it comes to flushing the cooler lines and cooler, because it bolts to the transmission and is separate from the lines. Where it does become more of a challenge is when the by-pass is in the cooler or lines, like the one in Fig 2 and 3.

In either case if the thermal by pass valve is not heated when flushing, to fully stop by-passing the cooler, you will get little if any flushing of the cooler.

Here's another thing to consider. If the cooler is plugged and there is a mechanical or thermal mechanical by-pass in the lines you're flushing, it will by-pass the cooler. In which case there would still be flow, but would not have sufficient cooling. If your cooler flusher has a pressure gauge, it should indicate higher then normal cooler pressure if the cooler is restricted.

The best way to insure a proper flush is to flush around the by-pass if possible. Or you might have to get creative, and make a plug like the one pictured Fig 4 that you can install in place of the by-pass valve. That way you guaranty you're flushing the cooler. 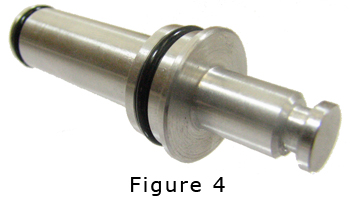 This chart shows the flow rate at different temperatures of the thermal mechanical by-pass pictured above. 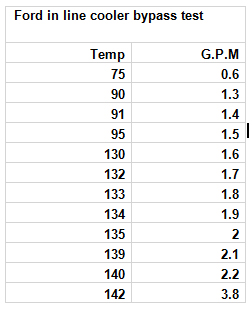