For those of you that perform J2534 programming, you may have noticed that there have not been any updates to the Ford Module Programming (FMP) since the last release of FMP 105. Although it had remained functional as long as your subscription was current (or at least up until the writing of this), it won't be long before you will have to start using the new software which is labeled as FJDS (Ford J2534 Diagnostic Software).

The following statement is taken from the Motorcraft Service website:

The FJDS R108.1 was released on 12/06/2017, and according to the future release schedule, there will be an update approximately every two weeks with the next release scheduled for 01/04/2018, then 01/17/2018 and so on. It will switch to version 109 sometime in March. The functionality of FJDS compared to FMP are very similar; in fact, folks that don't use it every day will probably not really notice a difference. 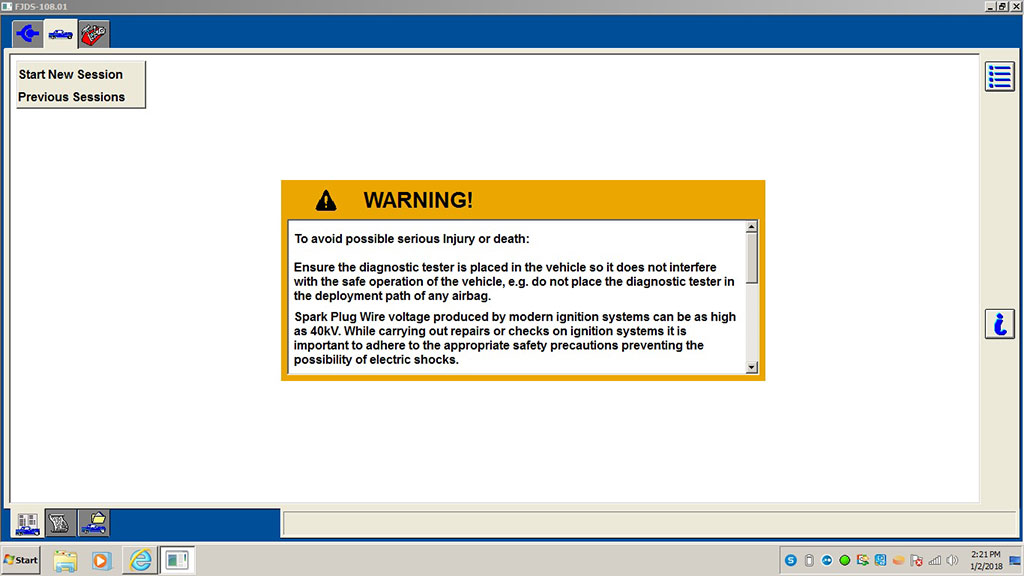 Don't get the FDRS and FJRS mixed up as the FDRS (Ford Diagnosis and Repair System) is the replacement for the Ford IDS tool for the 2018 and up MY Vehicles and is designed to work with the VCMII interface.

The release of the FJDS brings Ford into compliance with the RTR (Right To Repair) act that requires OEMs to provide software-based OE-level diagnostics and repair information as of Jan 1st 2018. It appears that Ford is just covering the 2018 and up MY vehicles with the OE diagnostics and only programming services are available for anything older than that. Maybe Ford will expand on the coverage for diagnostics, but I am not holding my breath.

A few other things have changed, too: PC system requirements have been updated to a minimum spec of an Intel I5 or I7 processor speed of 1.8Ghz to 2.1Ghz (depending on which operating system you are running), 4GB of RAM if using Windows 8.1 or Windows 10 (yes, it is Windows 10 compatible), and Internet Explorer version IE11. The recommended specs are higher, and all of this info can be found at www.motorcraftservice.com and then click on the "Diagnostic tool support" tab.

To get started, select the "Reprogramming" tab on the Motorcraft service website, and when selecting the FJDS or FDRS button, you will be taken to another website where you will have to create a NEW account. 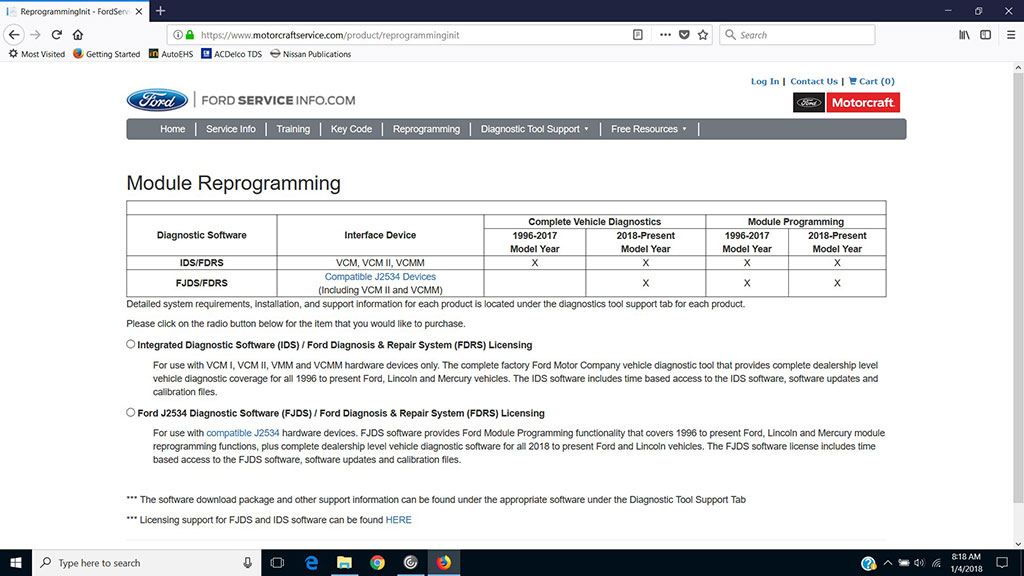 Your Motorcraft Service username and password is NOT valid in this environment so you must create your own by selecting "Create an account". This is the website where you will pay for the subscriptions and get the licensing keys from. The Motorcraft service website (as far as FJDS is concerned) is just for downloading the software; they made it a little confusing from what it used to be. As with anything new, there will be a bit of a learning curve, but after all the initial stuff is set up, it is fairly painless.

The next thing that will affect some shops is the licensing protocols for FJDS. For those of you that use or have used the IDS System, the FJDS is structured the same way: anyone can download the FJDS software, but it is only functional with the software license that is provided with a paid subscription. 2 Day = $49.95, 30 Day = $149.95, or 365 Day = $849.95. Upon purchase of a software license, the user will receive a 20-digit licensing activation code (key). The user can then activate the key using the "Activate a license" feature in the software. Activating a key binds the key to the PC on which it is entered. Since the software license binds it to the PC and not the diagnostic hardware, a single software license can only be on one PC at a time.

Each laptop or PC running the FJDS will require its own license (or the transfer of a license) since each license binds it to the PC. FJDS software must also communicate with the license server on a regular basis to validate the license, and validation automatically occurs at each start-up of the software when the PC is connected to the Internet. This is required at least every 29 days, and after 30 days with no validation the license will become "invalid" and the software functionality will be disabled. You can also validate in the software via a button in the "Information" tab. 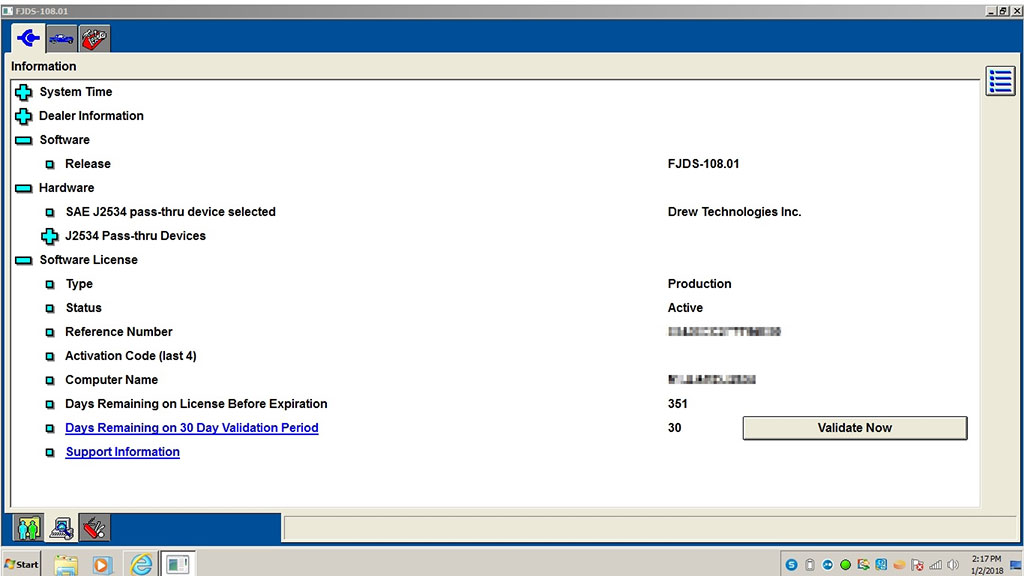 Updating the software is simplified and faster than it was with FMP, and you no longer have to uninstall the old software. You simply log into your subscription, download the new software and install it. You will get an update screen that pops up when a new version is released, very similar to how the IDS system updates.

Just an FYI: all of our company's retail locations have specific laptops that are used for programming only. They are HP Pro Books equipped with Intel I7 7th-generation processors equipped with 8GB of RAM, and they run really well. The laptops are set up with a "dual boot" which is similar to a "partitioned" drive, but they actually have two separate operating systems installed. Between the two sides we have programming software for GM, Ford, Chrysler, Mazda, Honda, Hyundai, Kia, Nissan, BMW, Subaru and Toyota and everything works well. The laptops run smoothly and we have been running like this for almost two years.

Having the proper resources and equipment for programming vehicles is a must for any modern shop. As technology advances and becomes more complicated, your need for updated software and hardware becomes paramount. Charge appropriately for programming services, and become the "go-to" shop for performing wholesale programming for other shops that lack the capability. Done correctly, this can become a nice profit center for your shop and keeps your techs busy.