Anyone that has been in the automotive repair business long enough to remember when repair bulletins were something that were accessible only by either fax or snail-mail can appreciate the ease of access that electronic communication has afforded us in the modern repair environment. More amazing, still, is the fact that there are still techs in the industry that fail to seek and use this information to save themselves and their customers time and trouble when attempting to diagnose a repair.

The subject of this article is a 2006 Ford Explorer, equipped with a 5R55S transmission. This vehicle came into our shop with these symptoms: CEL on with a P0713 temp sensor code. A previous repair attempt by a different shop was unsuccessful. It would later become evident that the previous technician hadn't done his or her homework.

After replicating and verifying the customer's concern, the next step is to check for TSBs and known issues surrounding this code. After searching for information surrounding the P0713 code, Ford TSB 09-22-15 came up that outlines possible causes for the code, as well as a repair action. This TSB covers the P0713 code, CEL on, and/or various solenoid body connector DTCs. The actions address the possibility of water entering the solenoid body connector that is coming from the A/C drain, and migrating down the wiring harness.

Armed with this information, the first thing we needed to do was verify that there was water in the solenoid connector. If not, this TSB would not necessarily apply to our case.

During the removal of the connector for inspection, there were problems with the bolt binding up (these connectors use a center bolt for connector retention). Not a good sign. Unfortunately, it's not uncommon for these connectors to suffer from corrosion and makes it nearly impossible to remove them without extensive damage to the connector on the harness side. Needless to say, this one was stuck solid, so the only option was to break it out and replace the connector later. 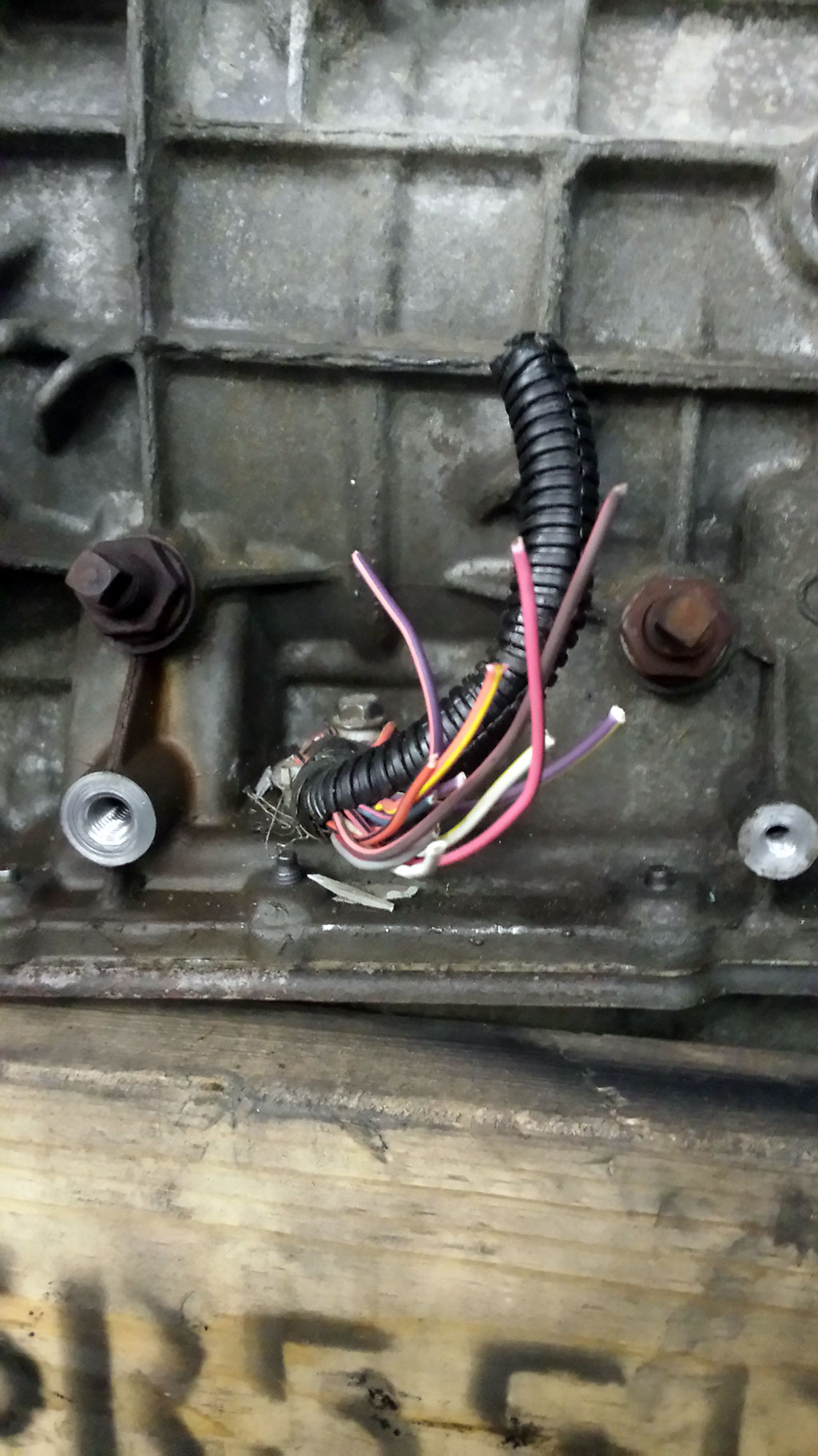 Once we actually got the harness connector separated from the solenoid connector, it was clear that there had been water inside of the connector that caused extensive corrosion and connectivity issues between the pins. We definitely had to correct this condition before moving forward. Fortunately, Ford still offers a repair harness for these vehicles, under part number 4L2Z-7C078-DA. This harness replacement is a bit labor intensive, as there isn't much work space within that area while the transmission is still installed in the vehicle. 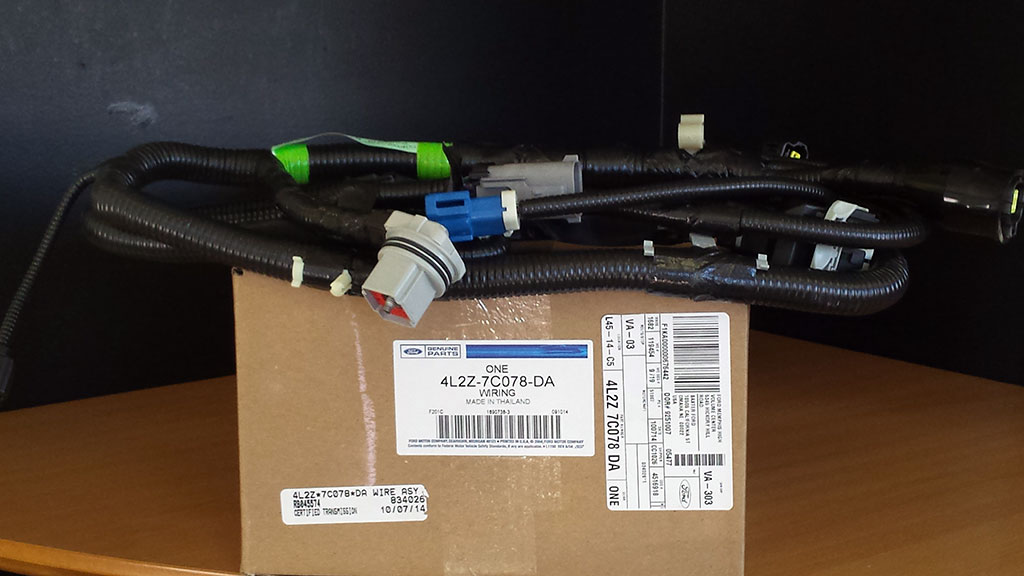 After cleaning up the solenoid connector and installing the new harness, we continued to follow the TSB to complete the repair. We had already fixed the damage caused by the water intrusion by replacing the harness, but now we had to correct the water intrusion issue altogether. The TSB addresses that by having the technician place a waterproof patch over the connector area itself. This patch is cut from material used for fuel tank mountings on Ford vehicles, under part number F65Z-9240-DC.

After completing the TSB steps, the vehicle was road-tested. The CEL did not come on, and a quick scan came back with no error codes. It appears that the customer issue was corrected. However, in the great state of Nebraska where our summer humidity is legendary and vehicle A/C drains spew water like a spigot, we weren't completely satisfied with Ford's fix. We decided to go an extra step in the interest of preventing a future issue.

What Ford does not address is the A/C drain water that actually travels down the harness to the connector. The connector itself is now shielded from the water intrusion by the patch that we installed. Why not take the extra step of keeping it off of the harness entirely?

That's exactly what we did. By using some common heater hose, we created a 3-4-inch extension that allowed the A/C water to drain onto the bellhousing of the transmission, instead of the wiring harness. The hose fits snugly over the drain nipple, and with a good trim adhesive, remains secure to the drain. 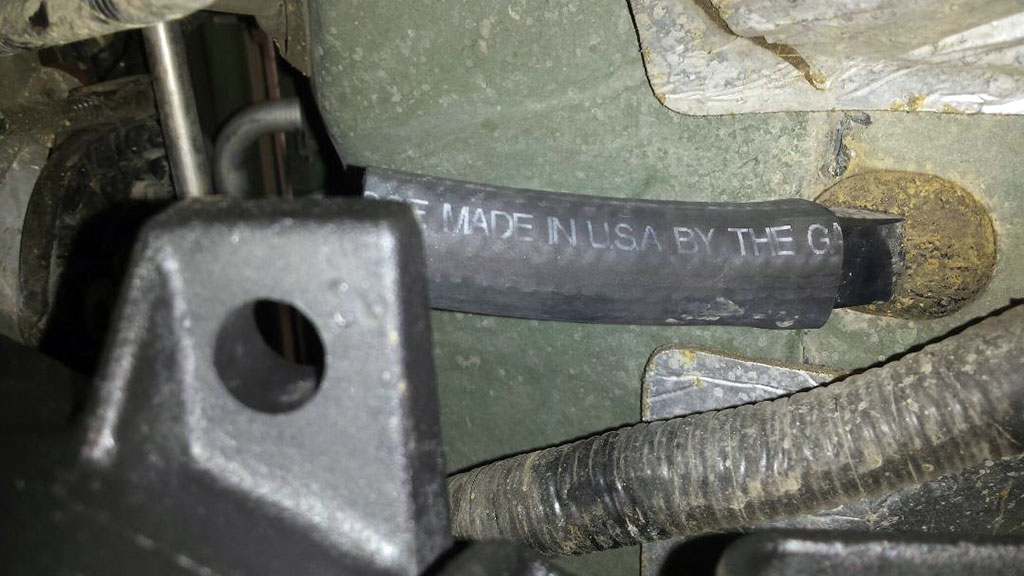 By following a consistent protocol of checking available resources first, we were able to fix the customer's issue the first time, and as inexpensively as possible. The availability of these resources is more abundant than it's ever been, and you will build a lasting repeat-customer base by taking advantage of those resources. Shop profitability increases, RO count increases, and you'll create a win-win scenario for all parties involved. There simply is no such thing as TMI (too much information) in the repair world.