What Were They Thinking?

All too often, I shake my head and wonder, "What were they thinking?" Case in point is a 1992 Ford Bronco, 5.8L, with an E4OD transmission. The vehicle came to our shop with shifting issues. The owner said he was driving along and all of a sudden it shifted down and then slammed back into gear. A short time later, it shifted down again but this time it would not up shift. He thought it was stuck in low, although it did not act up on the way to our shop that morning. The owner had recently purchased this vehicle with some known issues. There was a rear ABS lamp on and NO Check Engine Lamp on. 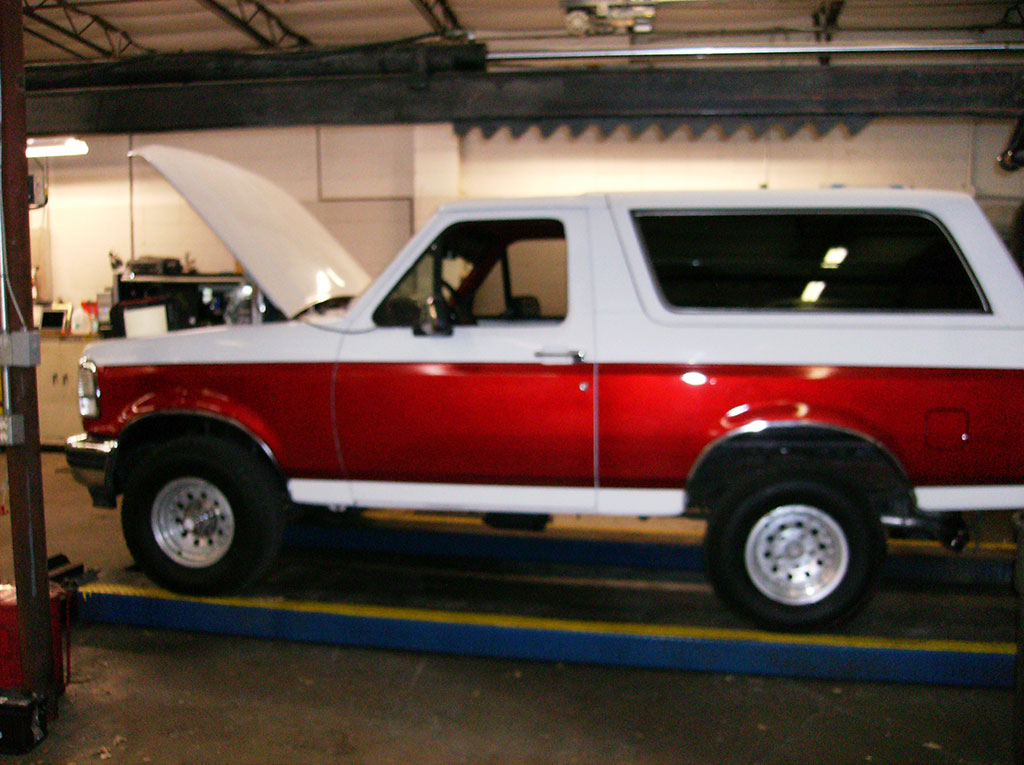 This Bronco had been to another shop with the previous owner. We were able to acquire copies of the repair orders. Six months prior the original owner complained of slipping, hard to get into gear, play in the shifter and shifting hard from first to second gear. At that time the shop replaced the transmission range switch (MLPS) and updated the connector. About 4 months later the original owner took the vehicle back to the repairing shop with the complaint of slipping very bad on take off. The shop performed a pan inspection and found minimal debris in pan or filter. The shop serviced the transmission and did something that left me thinking "how did they do that?"

The notes on the repair order stated "We set the computer where the system would erase its memory on key cycles. Vehicle may need a computer replaced."

Now that it's here I need to figure out not only what's going on with the transmission but I need to figure out what was done to the computer. I started with printing out a schematic and a computer pin chart. I reached deep into the depths of my tool box and got out a long lost tool, my 60 pin breakout box. 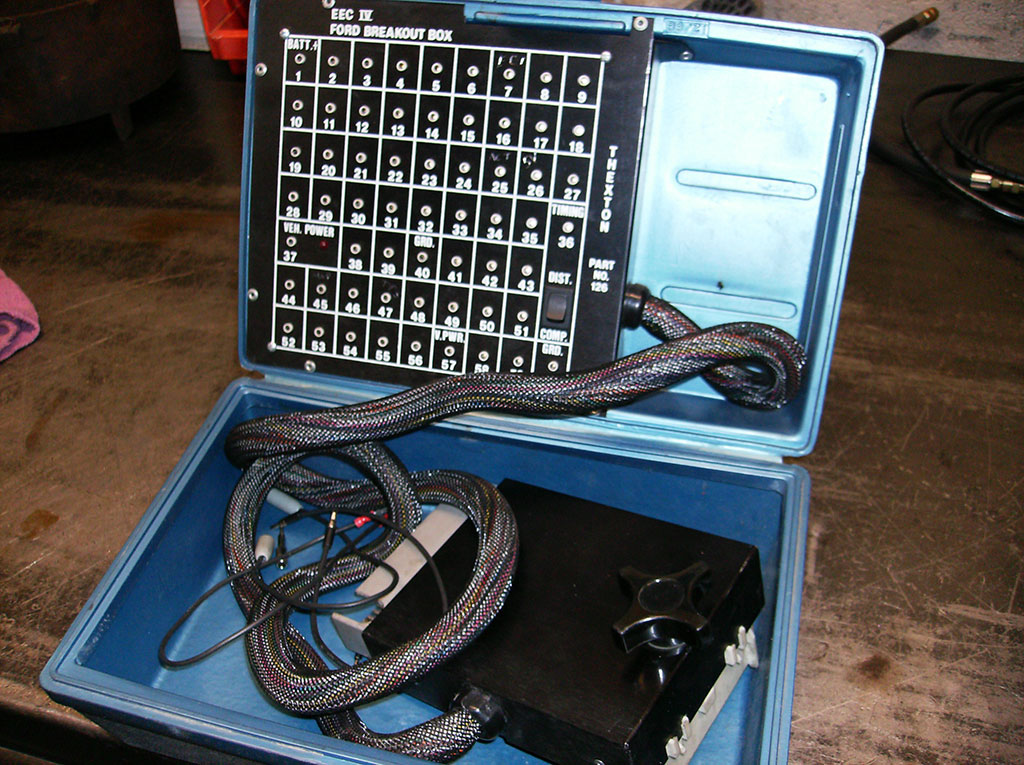 Since there is virtually no data from the scan tool I wanted to see what the computer was commanding. Were the random shift problems commanded or was it something from inside the transmission? As I was accessing the computer I noticed someone had been here before. There was a wire splice, with a yellow wire spliced to a red wire. Once I removed the computer connector I could identify the locations of the wires in question. 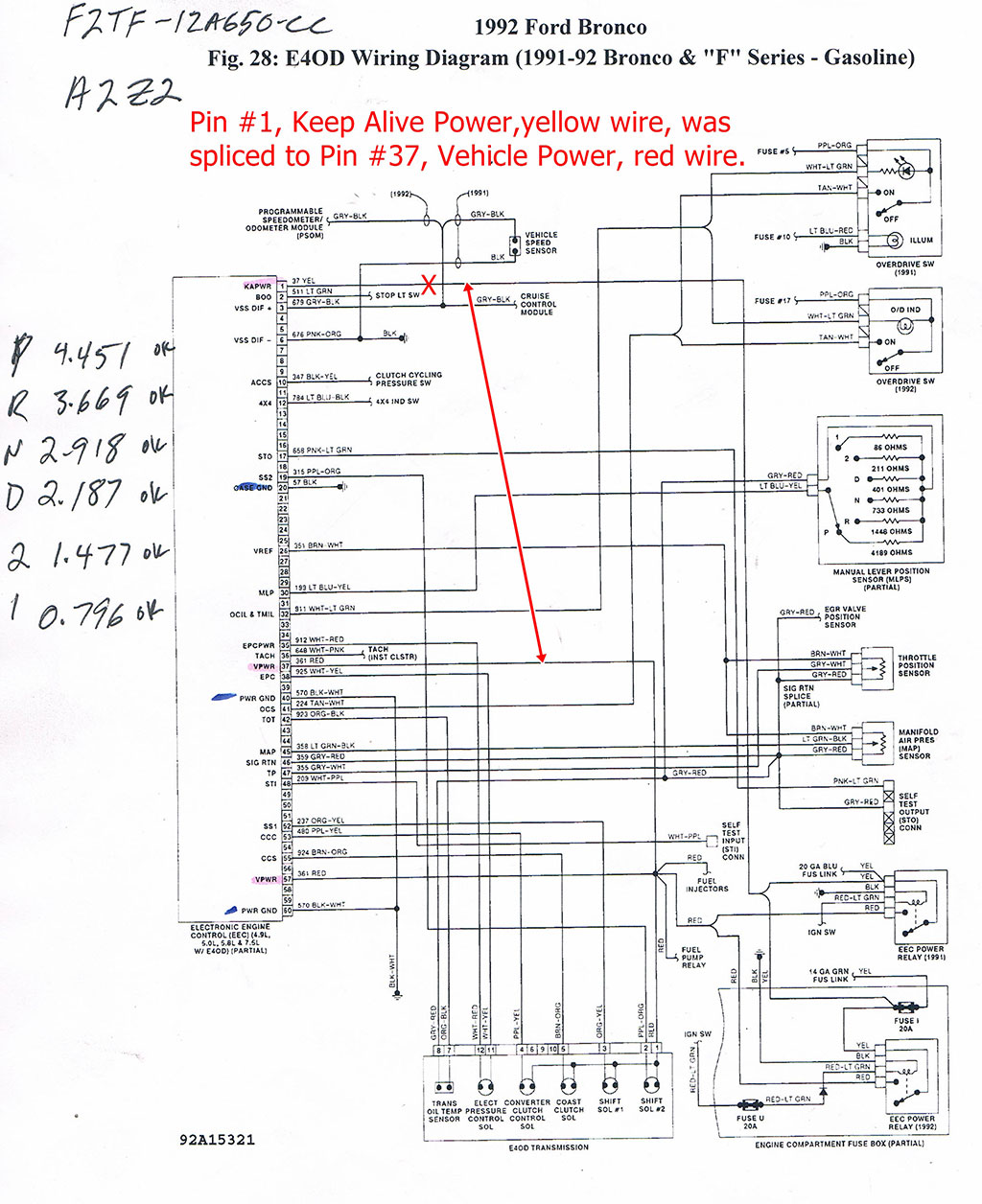 The Yellow wire was from pin #1, Keep Alive Power, and the Red wire, pin #37, Vehicle Power, which is Ignition voltage. At first I was thinking, "what is going on here?" Then it all became clear: this is how they made the computer lose its memory every time the key was cycled. All of us in the shop were scratching our heads and asking ourselves, "Why would you go to that much trouble to kill the keep-alive memory but not figure out the problem and fix it?" I put the wires back to their respective locations and hooked up the breakout box. I checked the powers and grounds first. When that all was correct I hooked up another seldom used tool, my LED box. I wanted to monitor the shift solenoids to see what they were doing during the malfunction. I also did a brief scan of the pressure control solenoid while I was there. It looked proper. 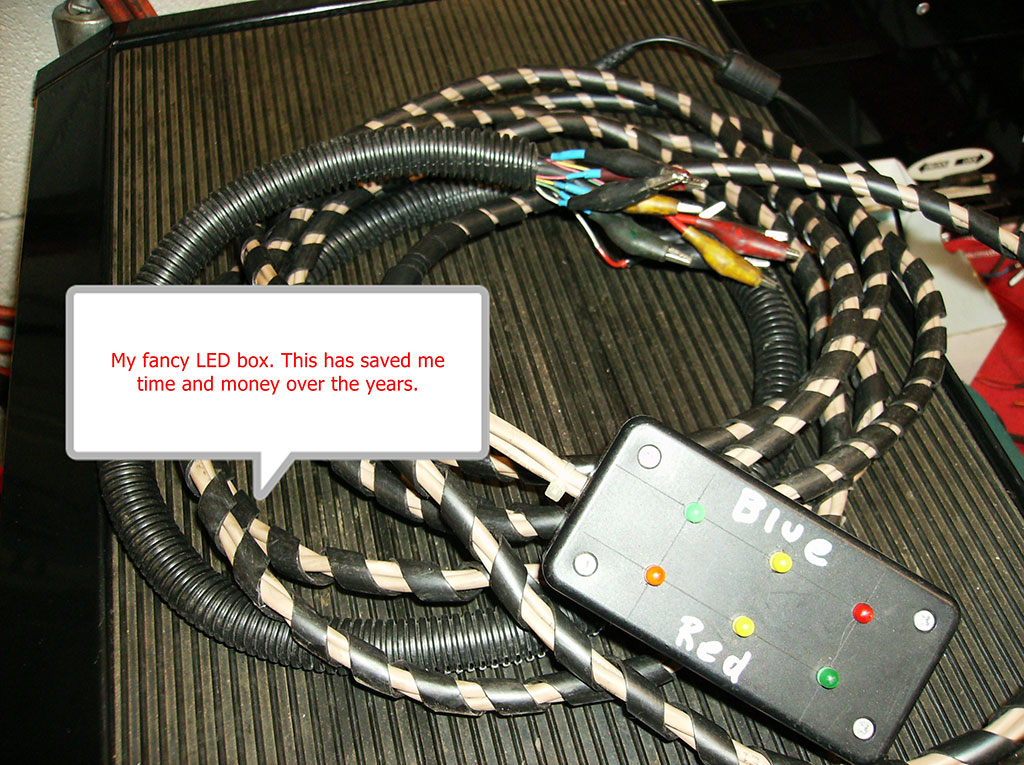 During the road test, the transmission was working very well, shifts were smooth, timing was correct and I was thinking, "could the rewire be all that was wrong?" About 2 blocks from the shop, quite suddenly, it down shifted, then up shifted, and back and forth a couple times. I was watching the LEDs and the transmission was commanded to shift this way. It then shifted to first gear and would not up shift. When I pulled into the shop I grabbed the scan tool and checked for codes. I found P0634 stored in the continuous memory codes. These symptoms would be consistent to a faulty MLP sensor. Knowing the MLP was replaced several months ago I was going to have to inspect all the aspects of the MLP circuit. 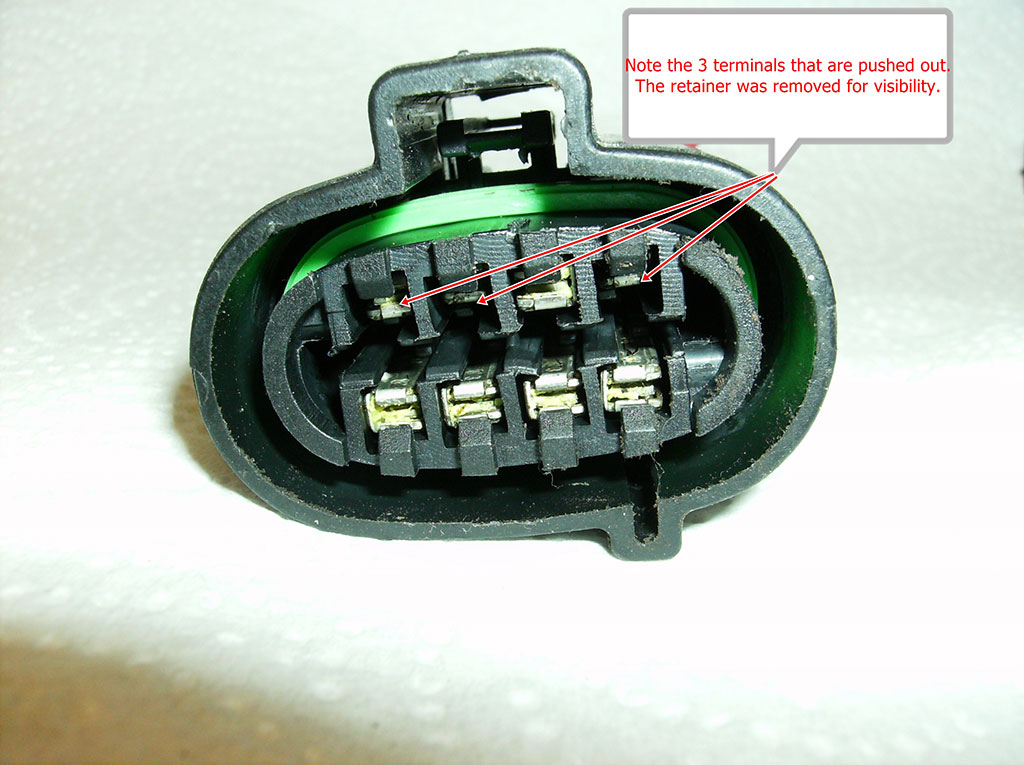 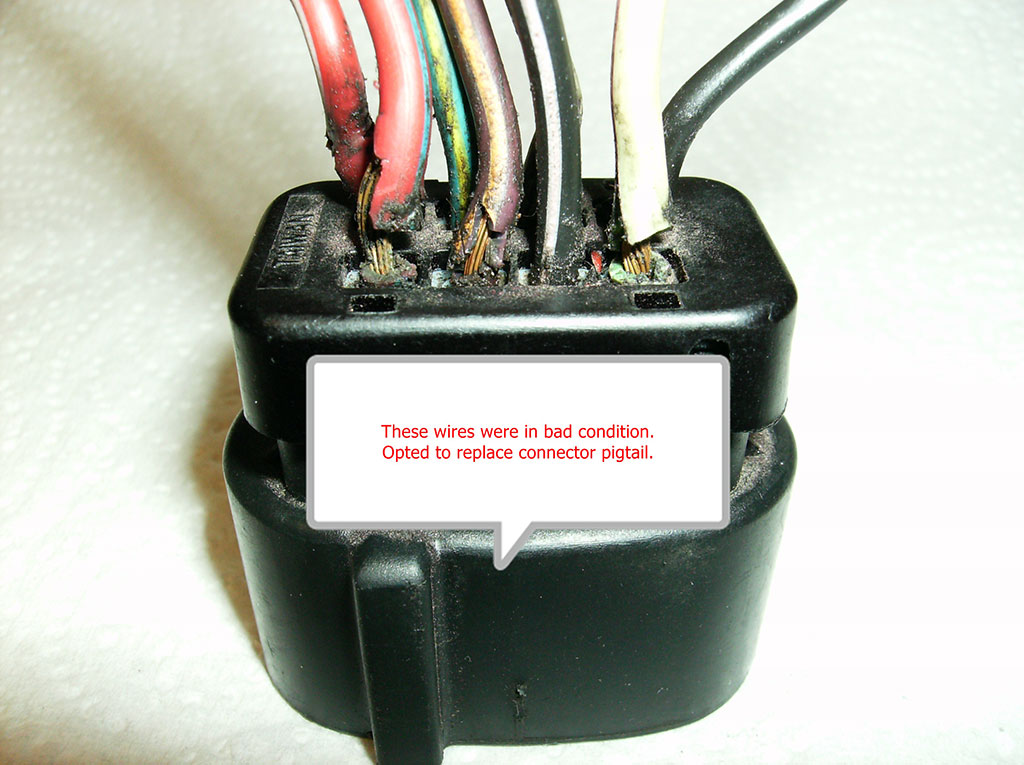 I inspected the sensor and unplugged it. That is when I saw three of the pins backed out of the connector. I also took note the wire's insulation was bad and there were bare wires exposed on all of them. I opted to replace the pigtail harness. I'm sure this was the bi. problem and was likely the issue when the computer was rewired. I replaced the pigtail, road tested the Bronco and then rechecked the codes. It drove great; the shifts were very nice, TCC worked. Just one problem, the P0634 was stored in continuous memory. Maybe it did need a computer. Before I could confidently recommend that I better make sure everything I did was correct. As I was retracing my steps my buddy said "are you sure the wires were in the right spot on the MLP?" I told him I put it back together exactly how it was. That wasn't a good answer. I pulled out some old information that described the connector, the wire colors, circuits and positions. Sure enough, there were two wires in the wrong locations. I made the correction, drove the Bronco and now there were no more codes stored and the Rear ABS lamp was no longer on. 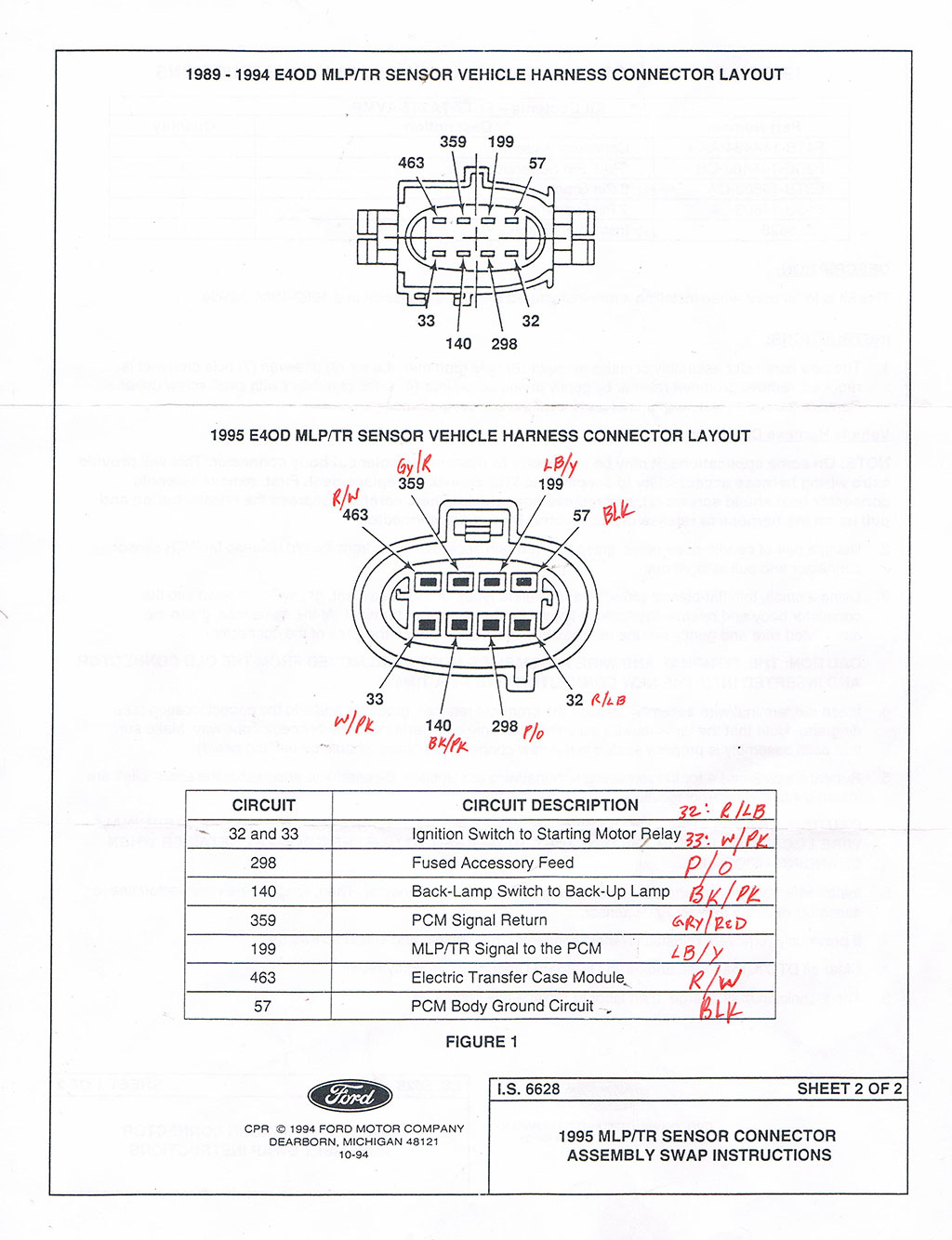 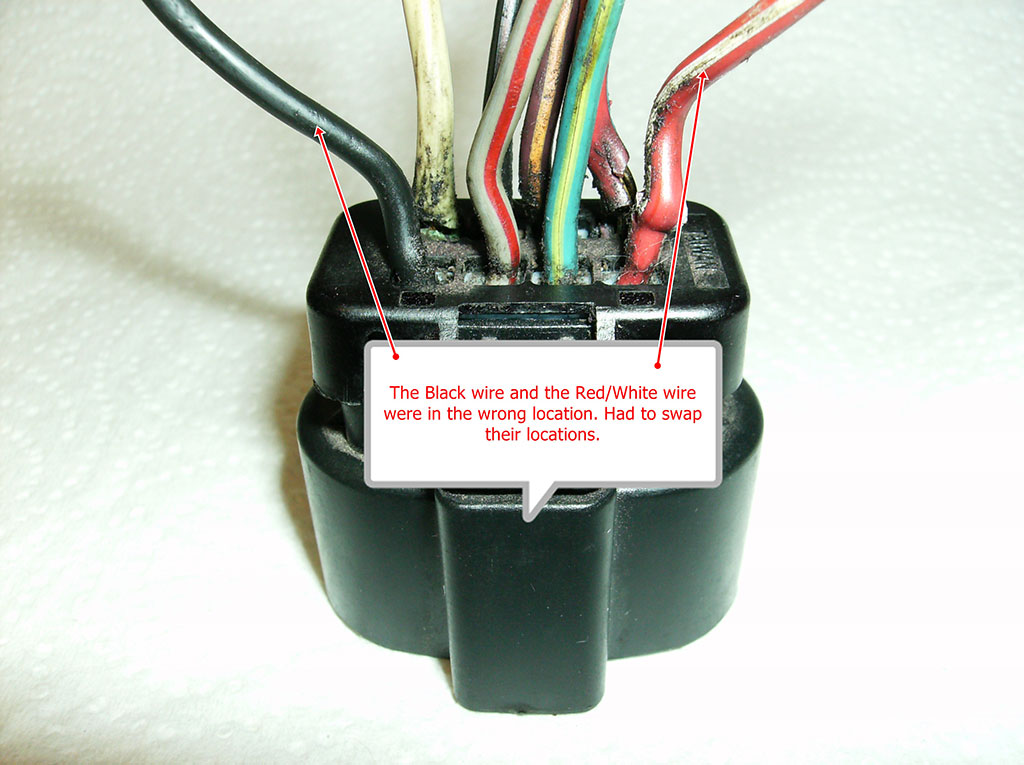 This is my take on the situation, first of all I'm sure the MLP was at fault and causing the shifting issues when the vehicle was looked at last time but when the code would not clear and the vehicle didn't always shift correct it was concluded it must be a computer at fault. I see this scenario more and more and I ask myself "What were they thinking?" Or maybe better yet "Why weren't they thinking?" There have been many times I made a diagnosis and performed the repairs and did not get the right results. Then I have to go back retrace my steps and see if I missed something, did something wrong or if I misdiagnosed it. I don't like it when that happens but its all part of the game.