Once Again, Not the Transmission 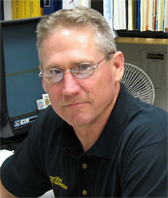 It's very easy to get steered in the wrong direction when diagnosing a transmission complaint. There are so many sensors and components that can cause transmission-like symptoms that it's easy to assume you've got transmission problems, no questions asked. From a customer's perspective, they see what they assume to be a huge repair, and they're convinced it's going to cost them an arm and a leg. Of course, when it turns out to be something else, you get the opportunity to be a hero and gain a customer for life.

A couple of years ago, I recall reading an article by Wayne Colonna that pointed out several external factors that can produce transmission-like symptoms. Here, I'd like to point out another unlikely component that can send you into a diagnostic tailspin: the alternator.

A very common complaint among Dodge diesel truck owners is of a cycling torque converter lock-up and/or 4th gear hunting with no codes. These very well may be caused by a bad alternator diode. While in cruise, a defective diode can allow high voltage spikes, causing electrical noise within the TPS circuit. Also, you'll find that Dodge ran the TPS wiring harness alongside the alternator's wiring harness, which can create electrical noise in the TPS circuit. Also, besides the obvious havoc that a poor charging system, bad diodes and bad grounds can have on a vehicles electrical system, you also face the issue of mechanical failure.

Here's something I wasn't aware of until recently; there's a trend with several vehicle manufactures where they're using what's called an Isolator Decoupler Pulley (IDP). The IDP is an improvement on the overrunning alternator pulley, which has been around since 1990. Basically, an IDP is an alternator pulley that works in the normal way, except it has a one-way clutch that allows the drive belt to freewheel under certain conditions (like sudden engine decelerations). Incorporating an overrunning alternator pulley or an IDP eliminates belt noise under the hood. It also requires less belt tension then the previous systems. Less tension means fewer loads and less fuel used.

One of the most common problems with these systems on higher mileage vehicles is bearing noise. A worn bearing can cause a brief noise when you shut the engine off or during the 1-2 shifts. This complaint is more likely to come from a driver with a heavy foot that makes a lot of wide open throttle upshifts. One thing to keep in mind is the engine decelerates rapidly during hard shifts. If you suspect a bad bearing, have someone rev the engine and quickly shut the ignition off and listen for a noise at the front of the alternator.

Diagnosing these would-be transmission problems can be a challenge, but also rewarding. It's one of the best ways I know to get a customer telling everyone they know how great your shop is!