Don't Forget the Dowel Pins! This Part Can Make or Break Your Installation 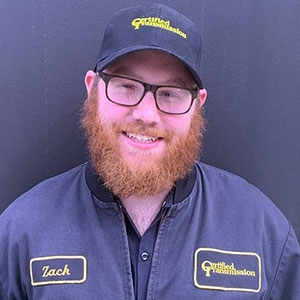 Zack has four years of automotive industry career experience and has spent a year as an automatic transmission specialist. He is currently a Diagnostician for Certified Transmission at our Grandview, MO facility.

I transferred to this shop location late last year to take over for a diagnostician who was moving. One the vehicles he left for me was a 2006 Nissan Murano AWD with the RE0F09A CVT transmission. The issue with this vehicle was a leaking passenger side axle seal from the PTU. The seal had been previously replaced but it was still leaking gear oil. It was discovered that the seal alignment was wrong and was then replaced with a new one. The PTU was topped off and driven for several miles, and when double-checked, it appeared to be dry, so the vehicle was delivered back to the customer. The customer called back a few days later and said it was leaking again and brought it back to us.

Confused, we pulled the axle again and inspected the seal. We noticed that it was leaking CVT fluid at this point. The dust shield on the axle had cut the outer part of the seal but should not have affected the part that seals the axle itself. Looking inside the PTU, we could see that the seal inside the PTU was ripped. This is a common issue on these PTU's and has a TSB from Nissan: NTB10-123.(Figure 1) 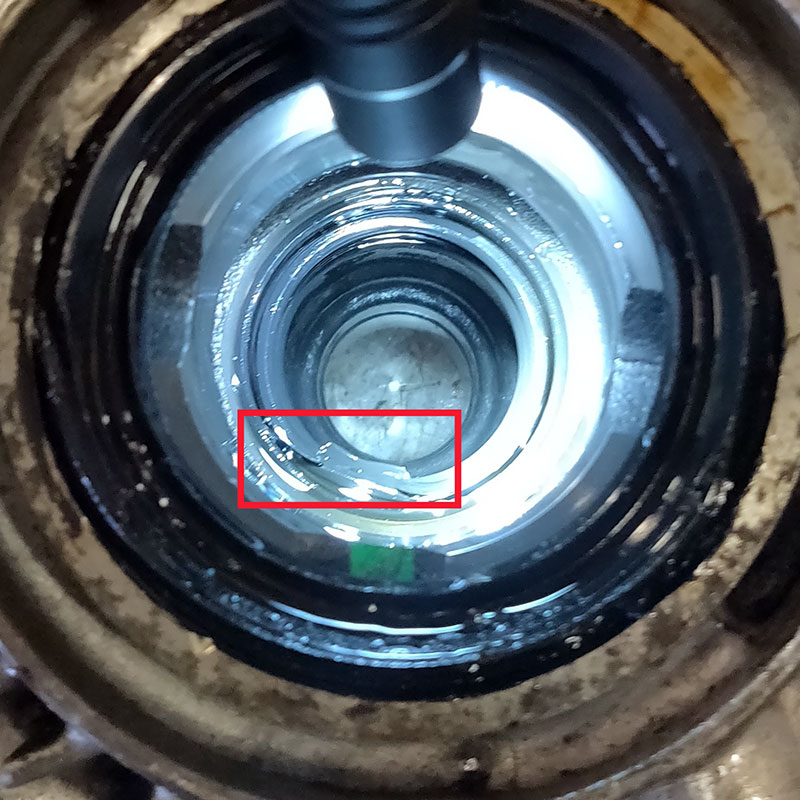 After informing the customer of the issue and the known problem, she agreed to install a used PTU. The used unit was inspected for any seal damage and appeared to be intact. The Murano was reassembled, filled with fluids and taken out for a drive. After returning from the test-drive there was a small amount of fluid around the lip of the seal. The axle was pulled again, and everything was visually inspected. The axle was checked for scoring, the intermediate shaft, bearing and bracket were all inspect for deformity, and all mounts were also checked. Nothing showed any signs of being damaged. The conclusion was that something had to be wrong with the used PTU and Nissan was contacted to deliver a new one to us.

The next day the new PTU was installed but the result, unfortunately, was the same. Now I was feeling defeated; nothing was adding up, so we reached out to our headquarters to brainstorm and called the customer with more questions about the vehicle. After making certain that there was nothing wrong with the axle and knowing that the PTU was new from the factory, and ensuring that there was no seal damage, we learned from the customer that the CVT transmission had been replaced with a used unit three years prior. A possible clue!

Upon closer inspection of the transmission installation everything appeared to be installed correctly, but one thing stood out. The paint from the parts yard looked like a sliver of it had been scraped off on one side of the inspection plate. After securing permission to pull the transmission from the customer, the removal the culprit and the crux of this article.

When the used transmission was installed, the installer failed to replace the rear dowel pin that was left out. (Figure 2)

The transmission had sat in place perfectly for three years and then one unknown event was enough to turn the transmission a fraction of a degree and cause the PTU to sag on the axle and allow the seal to leak. A new dowel pin was installed, everything was reassembled for the last time, and the customer was thrilled to have her vehicle fixed. This was a headache that had a happy ending but could have just as easily ended poorly.

The dowel pins are probably one of the most neglected and overlooked items when it comes to installing a transmission but is also one that can cause catastrophic problems that aren't easily pinned down. A technician can get frustrated when they can't remove the old ones from a transmission and not want to wait for replacements, or the pins can simply get lost in the process of removal. No matter the reason or inconvenience, it is not worth the cost and damage you can do to that brand-new transmission you are installing for the customer.

The general assumption would be that these do little more than assist with the installation process and that the bolts are used to properly align the transmission to the block. Why wouldn't it? How are two pins supposed to do what 8-12 bolts can't? As we just demonstrated with the anecdote above, the tolerances and angles of transmission these days are extremely crucial and the ability for a transmission to move millimeters can throw the whole system off.

We were fortunate that the signs were as obvious as a major leak, but the affects can be far more subtle while destroying this investment. By not having a snug and precise alignment, transmissions can experience a myriad of issues, including: vibration while driving, premature wear or damage to the crankshaft pilot, torque converter pilot, transmission front pump, torque converter pump hub, internal transmission bushings, and misalignment between starter pinion gear and ring gear on the flexplate.

This is a healthy reminder to ensure that you are always installing items properly and how the smallest thing makes a difference. At the end of the day, those extra 10 minutes or few dollars can save you a comeback, a warranty situation, or prevent keeping the customer happy knowing that the job was done right. These details matter.