As with most of the accounts we've shared detailing vehicle symptoms and repairs, electrical issues seem to be the most common root cause. Our subject today involves a 2003 Dodge Sprinter 2500 that showed up at our door with the customer informing us that they could not shut it off since it would not restart without jumping the solenoid on the starter. The gentleman stated it would not start with the key, the shifter would not come out of park and the transmission would not shift. He also stated that we had installed a TCM approximately a year ago, and since it did not shift the customer thought it was related to what we had done. He also stated he had replaced the fuse in the fuse panel for the transmission and that didn't help. Apparently, we needed to diagnose some electrical problems.

I began this adventure by scanning the computers for codes. There was a grocery list of codes stored and several communications (U-type) codes including, "No Communication from TCM". I confirmed that the starter would not crank by cycling the key. I was told it would start by jumping the solenoid, so I knew there was battery power to the starter. Examining the wiring diagram for the starting circuit, I determined that I would need to start by checking the circuit at the starter motor relay.

I observed battery power to the relay pin 87 and pin 86 in the "crank" position. When I cycled the key, however, the ECM was not grounding the relay at pin 85. I replaced the relay with a relay jumper (see fig. 1) so I could easily start the vehicle to test it and move it around. But I needed to find out why the ECM was not providing a ground signal to the relay. 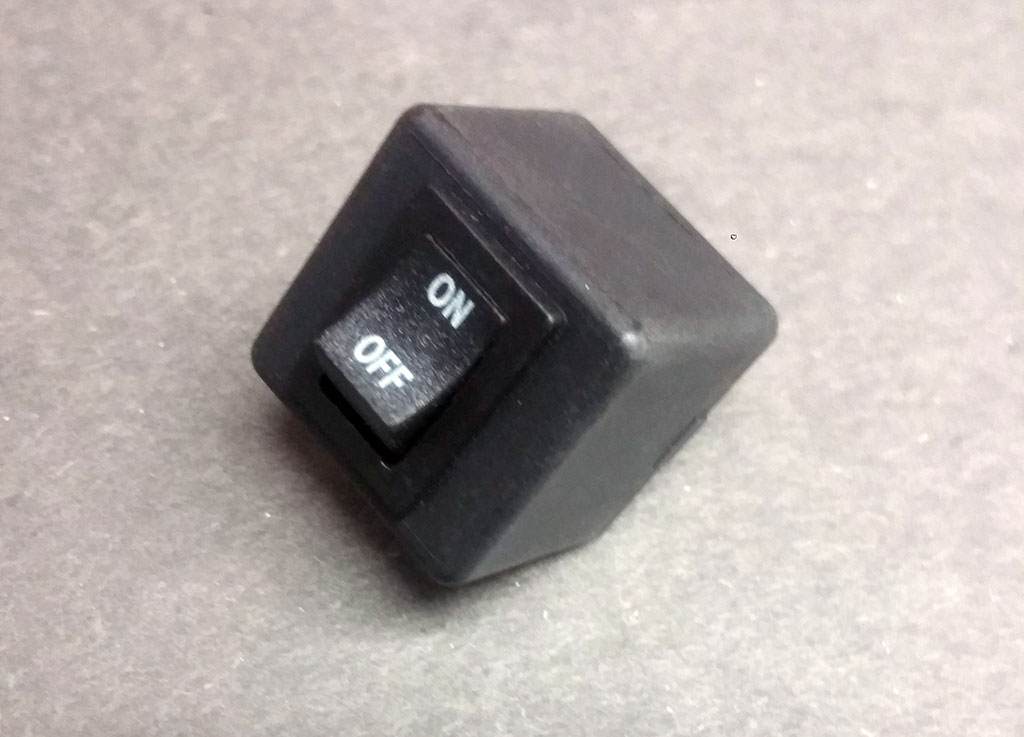 The ECM was located and a quick visual inspection revealed heavy corrosion on one of the connectors. The ECM terminals and the pins in the connector were in poor condition. I thought maybe the connector would need to be replaced. The connector was cleaned and I also cleaned each pin in the ECM until the corrosion was gone. The terminals in the connector were not as bad as originally thought. As I reconnected the ECM I was hopeful that this would fix the vehicle. Unfortunately, that was not the case. The engine still would not crank while cycling the key.

Studying the wiring diagram more closely, I concluded that there must be some input causing the ECM to inhibit the ground to the relay to allow the starter to energize. If I bypassed the ECM and grounded pin 43 (see fig. 2), the vehicle would crank and start. However, the shifter still didn't work. I needed to figure out what inputs the ECM used to determine whether to inhibit or allow the crank event. I also needed to address the "No Communication" code in the TCM (see fig. 3), hoping that resolving that issue may take care of the other symptoms also. 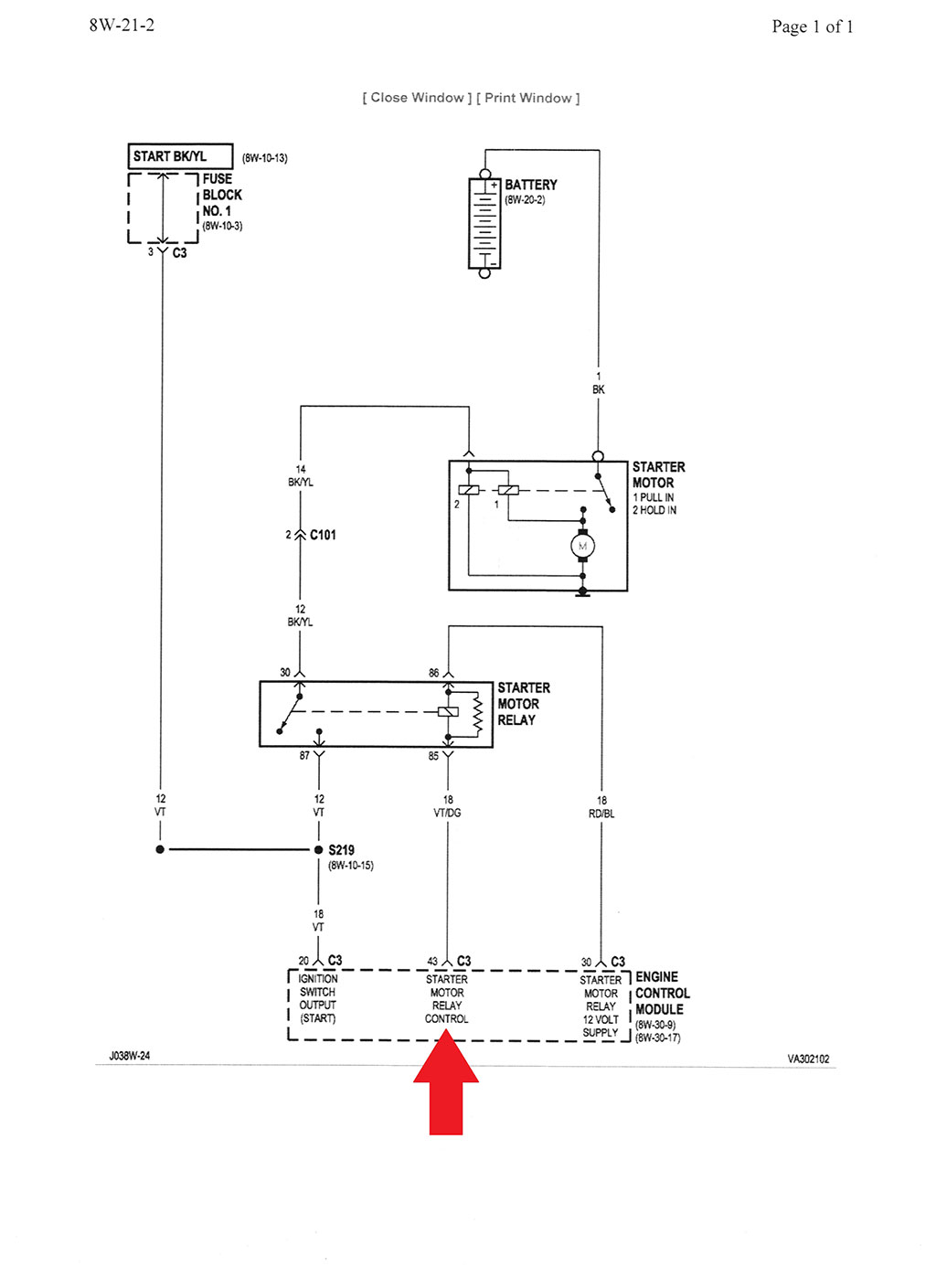 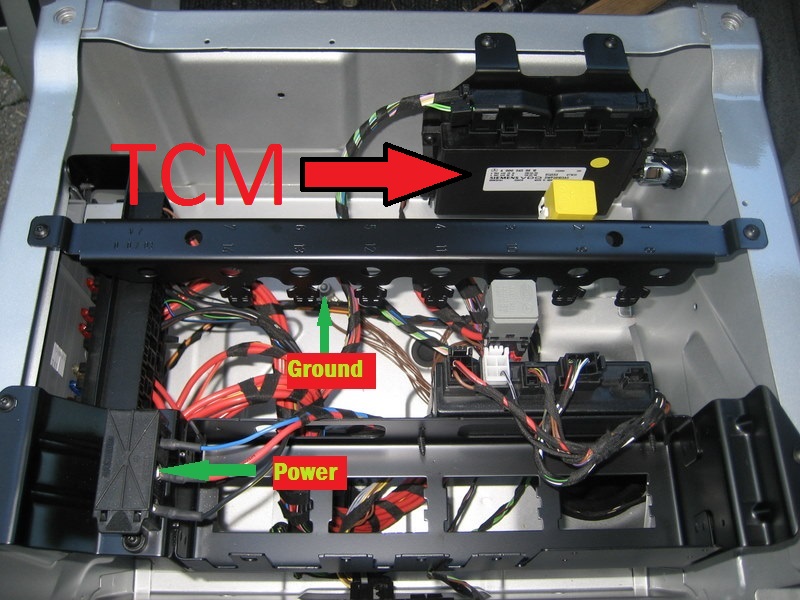 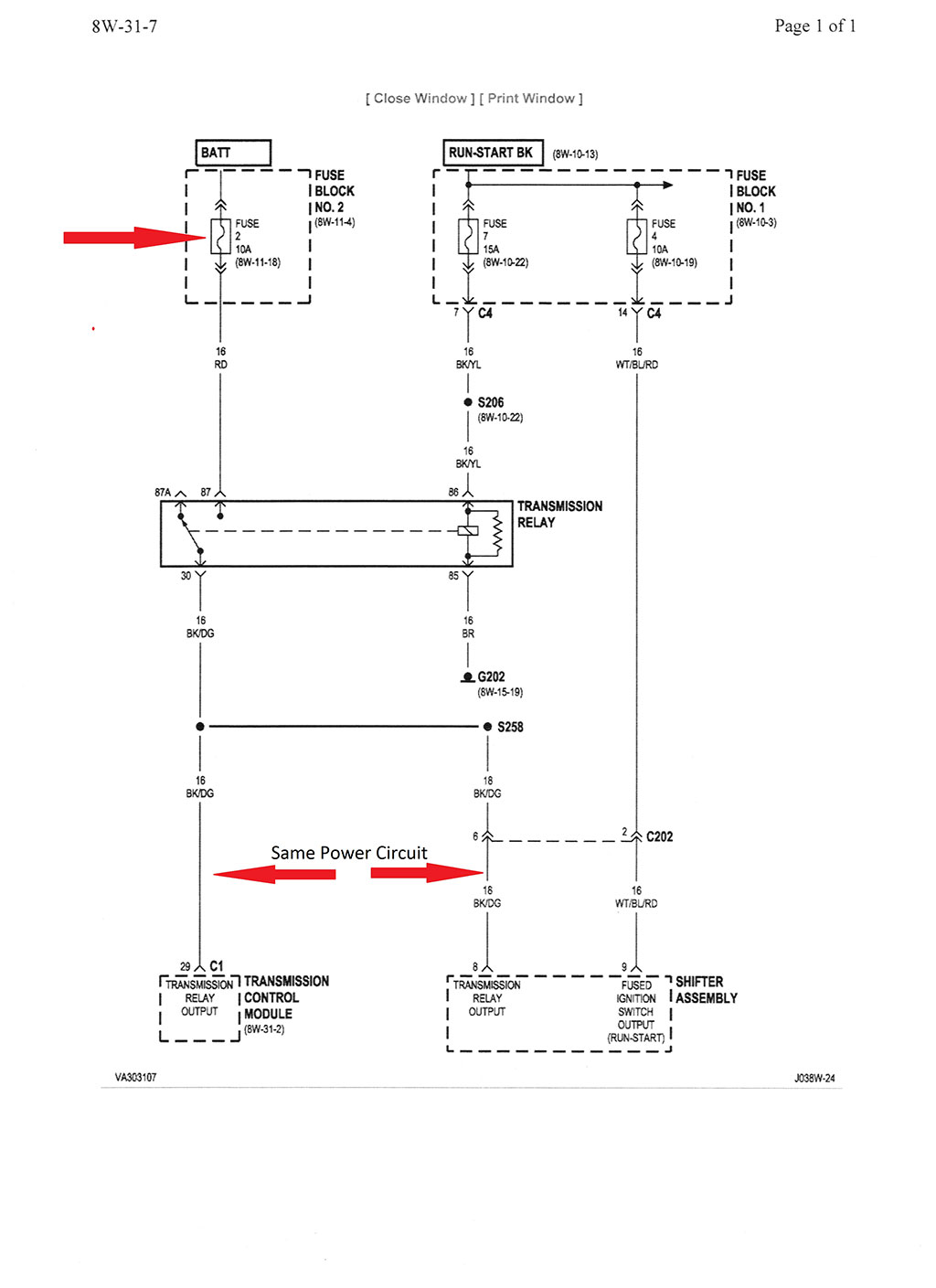 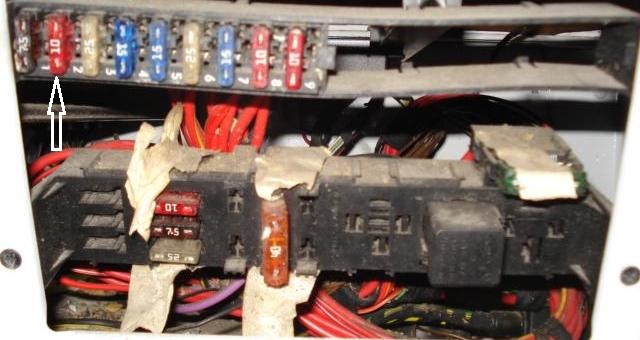 Tracing the red wire from the relay box (pin 87 of the transmission relay) to the fuse box under the seat, I found that the wire did not go to the fuse marked "transmission" (fuse #2) as the diagram indicated it should. Instead, it lead to fuse #4, which turned out to be the actual transmission fuse (see fig. 6). There was B+ at the fuse but nothing coming out of the fuse. The fuse "looked" ok. I cleaned the terminals in the fuse box, replaced with a new fuse and everything started working. The engine cranked and started. The shifter interlock was now functioning correctly. After clearing codes and road testing, I confirmed that the transmission itself was now operating correctly as well.

Since the TCM was not powering up, it could not provide the signal required to allow the ECM to enable the starter crank circuit, and in addition, provide voltage to the shifter and transmission.

The most difficult part of this diagnosis was the lack of accurate information. I was misled on several occasions because the manuals were incorrect, and had to back track to figure out what went where. Incorrect wire colors and wrong pin locations make diagnosing difficult. It's a part of our industry. After studying the diagrams running the test, if you don't get the results you were looking for, you may have to start at the beginning and work your way through it. Had I tested all of the fuses in the beginning, I likely would have found the issue then. As they say, hindsight is 20/20.