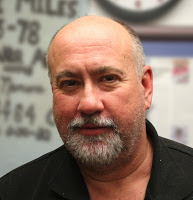 As the Director of Engineering at Certified Transmission, I seldom get to contribute to a shop related article. Most of the time I'm relegated to calling our store guys and asking them if they have any articles that they want to submit or playing editor to the ones that they send in.

But this month, I have something to write about. After all, I'm the Old Guy.

Having been in this game for over thirty years, I still remember what an Old Guy OEM engineer told me when I was first hired on with the OEM as a manufacturing engineer at the ripe old age of 22. He said, "There are no new problems; we just keep solving the same ones over and over again."

For the most part, I have found through the years that the Old Guy was right. What goes around comes around and if we ever think that we are smarter than those "Old Guys", that just adds to the proof that we are not.

Thus is the case with the 2000 Crown Vic that showed up at one of our installers. 190,000 hard miles and needing an exchange unit installed, the Young Guy (tech) quickly pulled the unit and dropped in a fresh 4R70W reman. It all went smoothly until the test drive.

During the drive, the Young Guy (fresh out of trade school with a whole 6 months under the hood) noticed a slight vibration with a bit of unusual harmonics... the old NVH concern. Taking a look at the tires and noticing some slight cupping on the front wheels, he quickly dismissed any driveline related issues and called the customer to come and get his car.

The customer left with the Crown Vic, but quickly returned to the shop and told the shop owner that his car had a vibration, noise and whap... wham noise (harmonics) that was not present when he brought the car in for the transmission replacement.

The shop owner called in the tech and asks him if he had heard the noise, felt the vibration and the whap, wham noise during the test drive. "Of course I did, it's got some bad tires on it" replied the tech. "If you put some new front tires on, the noise will go away."

The customer again explained that the noise and vibration was not there when he brought the car into the shop. He was quickly corrected by the tech that it was tire noise and vibration and that maybe he had just gotten used to it over time. Since he had this new transmission, maybe the old tranny noise had just drowned out the other noise. Tech or salesman??? You decide.

Well, you guessed it. The customer was back, but without new tires. This time he was not leaving until the vibration and noise was gone. He was also armed with another piece of information. He just happened to be my uncle (an even older Old Guy) and knew that one of our transmissions had been installed. He called me at home during the weekend to ask me what could be causing the vibration and the noise.

Now remember that this is a 2000 Crown Vic with a 4R70W. In 1998, Ford had a problem with NVH concerns with the 4R70W and decided to do what is known as "Vector Aligning" the drive shaft, output shaft and ring gear. In other words they balanced them as an assembly. They all have to line up. I told my uncle that there should be paint marks on all three pieces and that the marks should all be in-line which each other. If the marks were worn off, just have them rotate the drive shaft and output spline 180 degrees and see if the noise and vibration goes away.

He explained this to the Young Tech. The tech proceeded to tell him that he was the customer and that if that's what he wanted him to do, he would, but it would NOT fix the problem. In his vast technical experience, it was bad tires.

The Young Technician did as asked, and rotated the output shaft in the ring gear. Sure enough, all of the noise and vibration (NVH issues) disappeared. He sheepishly apologized to my uncle and explained that the Old Guy who trained him had always told him to mark all of the driveline parts before he disassembled them, but that he had thought that doing it was just a waste of time. The Young Guy had just learned an Old Guy lesson the hard way.

Chalk one up for the Old Guys.